by WanderingStovie
No tabs, no creases, no JB Weld, no 0.7 mm jet holes, no tornado - this is my latest capillary stove. The one unique feature is the flanged strip of aluminum that creates the capillary action. I guess I will call it a capillary flange stove, or CFS. I made it from a 12 fluid ounce aluminum soda can and a 49 mm diameter cylinder cut from an aluminum spray bottle I bought at Dollar Tree. I punched a row of 1/8" diameter holes centered 1/4" from the top edge of the 49 mm diameter cylinder. I punched the holes inward, so the burrs around the holes maintain a slight gap between the cylinder and the flanged strip. That vents fuel vapors originating outside the cylinder, and helps prevent a build up of pressure that could push fuel under the cylinder and cause an overflow. The flanged strip covers the holes, making it difficult for a flame to pass through and blow the stove apart. The flange reduces ejection of fuel droplets, but they are still visible as yellow sparkles in the mostly blue flame.

I put just enough room temperature denatured alcohol in the bottom to cover the dome. I put the burner on an inch of snow and lit the fuel with a Scripto lighter. The capillary action started almost immediately, and the fuel burned at an even rate until very little fuel remained. The flames were much smaller as the last few drops of fuel burned. The snow under the burner melted, leaving the burner resting on an icy cement sidewalk. 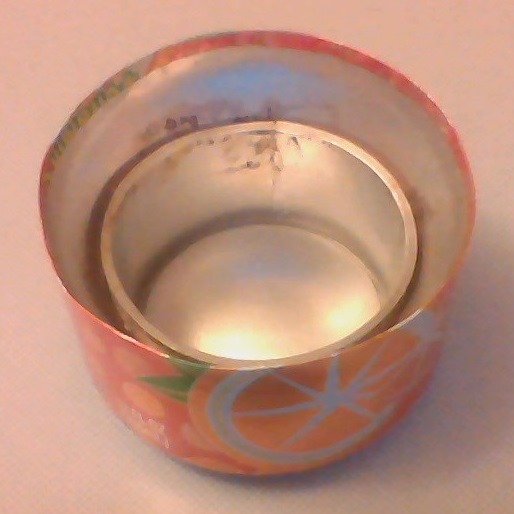 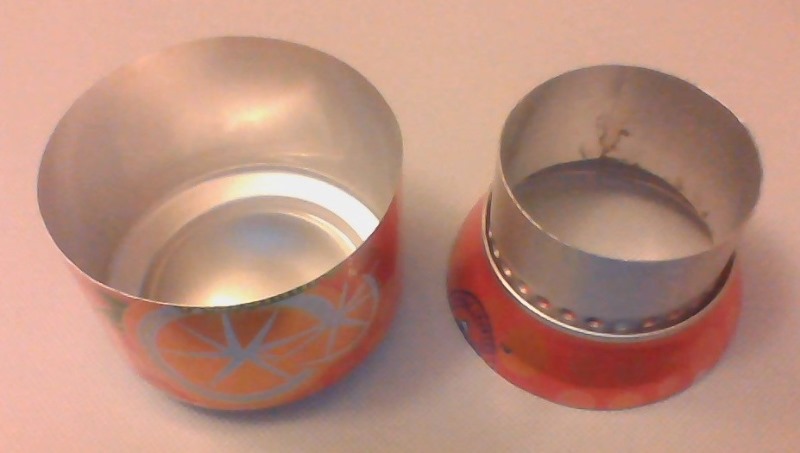 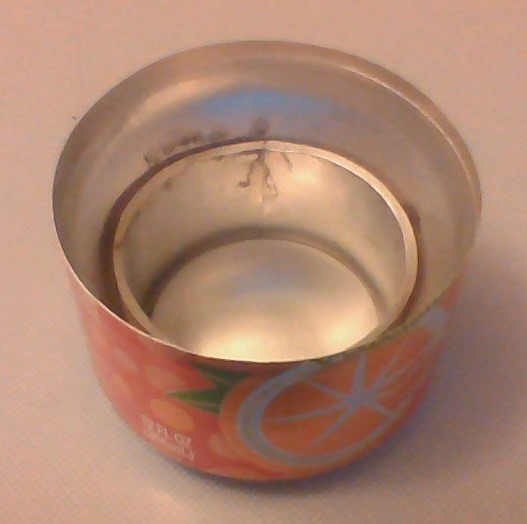 by zelph
I'm having a difficult time visualizing the capillary action.

by WanderingStovie
Yes, sort of like wind. You only see the effects. A video would show the yellow sparkles of burning fuel mist, flames around the flange, and the changes in behavior of the flame at start up and burn out relative to the main burn. But you can see the dark stains on the stove where the fuel deposited the dissolved ink from a Sharpie marker.

by kensashiro
I have to take your knowledge to use in everyday life.

by Ridgerunner
Perhaps a short video would be helpful