DaddyMnM wrote: The canoes are a little scary because you have to cross a busy boat channel to get to the quiet water and back, and they would sink like a rock if swamped.

All canoes sold today must have built in floatation to keep them from sinking "like a rock".


My old town discovery polyethelyne canoe floats when swamped, with gear. The plastic itself has bubbles and is bouyant. Having said that, in any conditions that would swamp it, you won't be bailing it out very easily. I've had it 20 years and it's the only one I've ever needed or even wanted, other than a handmade wooden solo tripping canoe, but that's dreamin... It's not fast, it's not light. It does hold a ton of gear and it's drag it over the rocks tough. It's been to boundary waters, the great lakes, the gulf of mexico, the golden isles of georgia, several class III whitewater rivers, countless lakes and streams and the florida keys. I've only used sit on top kayaks, they are pudgy, have lots of immersed surface and are slower than most canoes. Of course, long skinny touring kayaks are faster than both. Longer is faster with boats, but I'm almost never in a hurry.

Of my 3 boats, an ocean kayak SOT, a sea pearl 21 sailboat and the old town discovery 158 canoe, the canoe is used the most. It cost 600$ as a factory second in 1989. They're not too much more expensive than that today.

Northwoods style canoe tripping is the bomb. I want my ashes spread in Quetico. 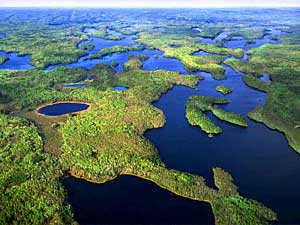 I can never look at a picture like that without threading my way through the islands in my mind. Beautiful...
Top

Excellent view of the lakes. Takes me back to the Quetico days of my teen years. I had a 17 foot Grumman with a 2hp motor and also had the ability to ad on a sailing rig. It had a flat stern for motoring. I loved that little beauty.
http://www.woodgaz-stove.com/
Top
Post Reply
13 posts