Indeed it was. I tried fly fishing all day Friday with no luck. My brother and dad switched to spinners with rooster tails and were catching them as fast as they could cast. My brother caught 4 in 10 minutes and my dad caught so many I lost count. Saturday I gave up on the flies and switched as well. I caught several the first little bit I started casting.

Most were average in size. My brother caught the smallest at 4 inches. My dad landed the last and largest fish of our trip with a monster rainbow at 21 inches and 5 pounds! FREAKING HUGE FISH!

All in all an awesome time.
Top

I used to tie up some marabou flies with tiny spinner blades on the front when I was going to alaska and working in a flyfishing camp in the tundra(Katmai Lodge)..slipped those on when the others weren't looking.

I had big trout coming right up to my feet trying to get them!Because they were small enough to throw with a flyrod,others thought I was using some kind of super-fly..

Are you in CA or GA? Nice to be close to dads to show the kids how tto fish

Did you get any fishing pics?
"Many of lifes failures are people who did not realize how close they were to success when they gave up".....Thomas Edison

Some have poor quality as my dad had uploaded them to FB first. Anywho... here are the pics. The monster is at the bottom. 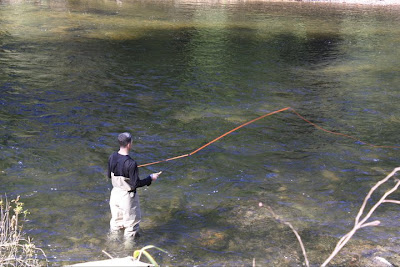 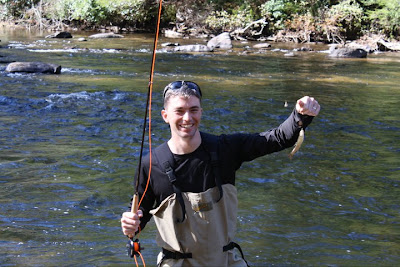 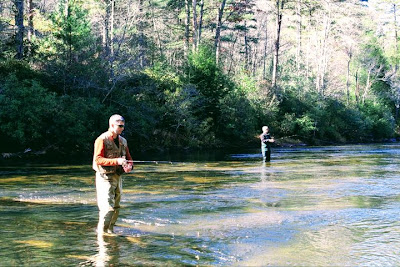 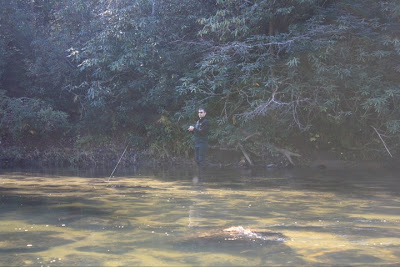 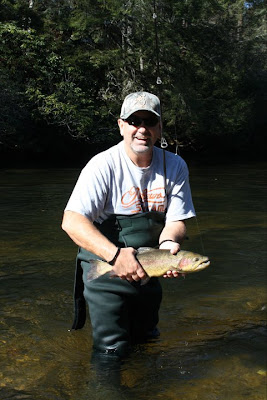 So..your monster was in the second picture?

That's a nice fish your dad caught!I need to get out more for steelhead flyfishing..

..my heart just hasn't been into it since the state went haywire with fishing season changes,limits,expensive licenses,closing areas when places should be good..and generally just screwing up a good system for the sake of the boldt decision and the native american's "fair share"...I gave up fighting them many moons ago and don't donate to an unfair system.
If I do any more serious fishing..I'll probably fly to Canada to do it...give them the money instead until the state gets its head back out into the sunshine.

The second photo is actually my brother. That was his "monster". LOL! I was several feet from him and didn't even realize he had a fish when he caught that. LOL!

Btw, I'm in GA. This was on the Toccoa River.
Top

Nice pics. Were the trout table fare or C&R ?
"Many of lifes failures are people who did not realize how close they were to success when they gave up".....Thomas Edison

Sadly C&R only. This was a delayed harvest area and they have specific rules. Single barb only, C&R, etc.... However, don't think we weren't tempted with that big one! LOL!
Top

Really nice photos..................ooooooohhhhh I want to get a line wet this coming weekend. My son and I need some time off to catch up on feeding the fish

Most of the time we use leeches for small mouth and walleye.
http://www.woodgaz-stove.com/
Top
Post Reply
50 posts